Other walks in Brecon Beacons

After nearly a month of severe storms and heavy rain I was mighty relieved when this cycle relented and the forecast for this week was more normal seasonal weather i.e. still rain but not stair rods. I was even more relieved when I saw Wednesday, my original travelling day was dry. So without further ado I set off on the Tuesday with the hope of a dry clear days walking on the Wednesday
That was the forecast on the morning with the mountain forecast being dry but with low cloud. Oh well I can put up with that.
Walking along the Beacons Way towards the first summit, there was cloud obscuring the high ground but with a hint of brightness. However that was as good as it got. By the time I reached the first summit the cloud had closed in again and the air felt mighty damp. By the second summit it was one up from damp - drizzle. You know the sort that you do not bother about but before you realise you are soaked.
Oh well at least I was in the mountains and the path was reasonably easy to follow. Unfortunately the latter benefit was soon to disappear in the same way the path did. Surprising really as the Beacons Way is a well trodden National Trail. The ground however between Fan Frynych and Fan Llia was waterlogged, not quite a bog  but enough to make you deviate from your bearing to pick your way the driest route. Good in some ways as there was very little evidence of the number of people on this part of the hill and good in another as it made you concentrate on navigation which involved heading South West until the ridge started to ascend more southerly towards Fan Llia, when the bearing would change to just West of South. Even so great care had to be taken not to walk straight past the summit as there is no significant cairn or marker, just 2 flat stones, one of which was a broken paving slab.
The plan was to then continue south along the Beacons Wayturn east south of the reservoir and ascend Fan Fawr up it's gentler southern tongue. That would mean an extra couple of miles, however if there was a guaranteed decent path all the way round I reckon the extra miles would be worth it. Based on the journey from Fan Frynych that would not be the case so I decided to drop down the east side of Fan Llia cross the feeder river north of the reservoir, then ascend Fan Fawr up the slightly steeper north westerly approach.
In spite of a more difficult river crossing and absolute lung buster of an ascent I reckon it was the right decision. It saved 2.3 miles against the planned route south of the reservoir.
After bagging the last peak of Fan Fawr it was a steep descent past Bryn Du and back to the Storey Arms.
A brilliant albeit wet and muddy walk with all planned peaks visited. It's great to be back in the hills 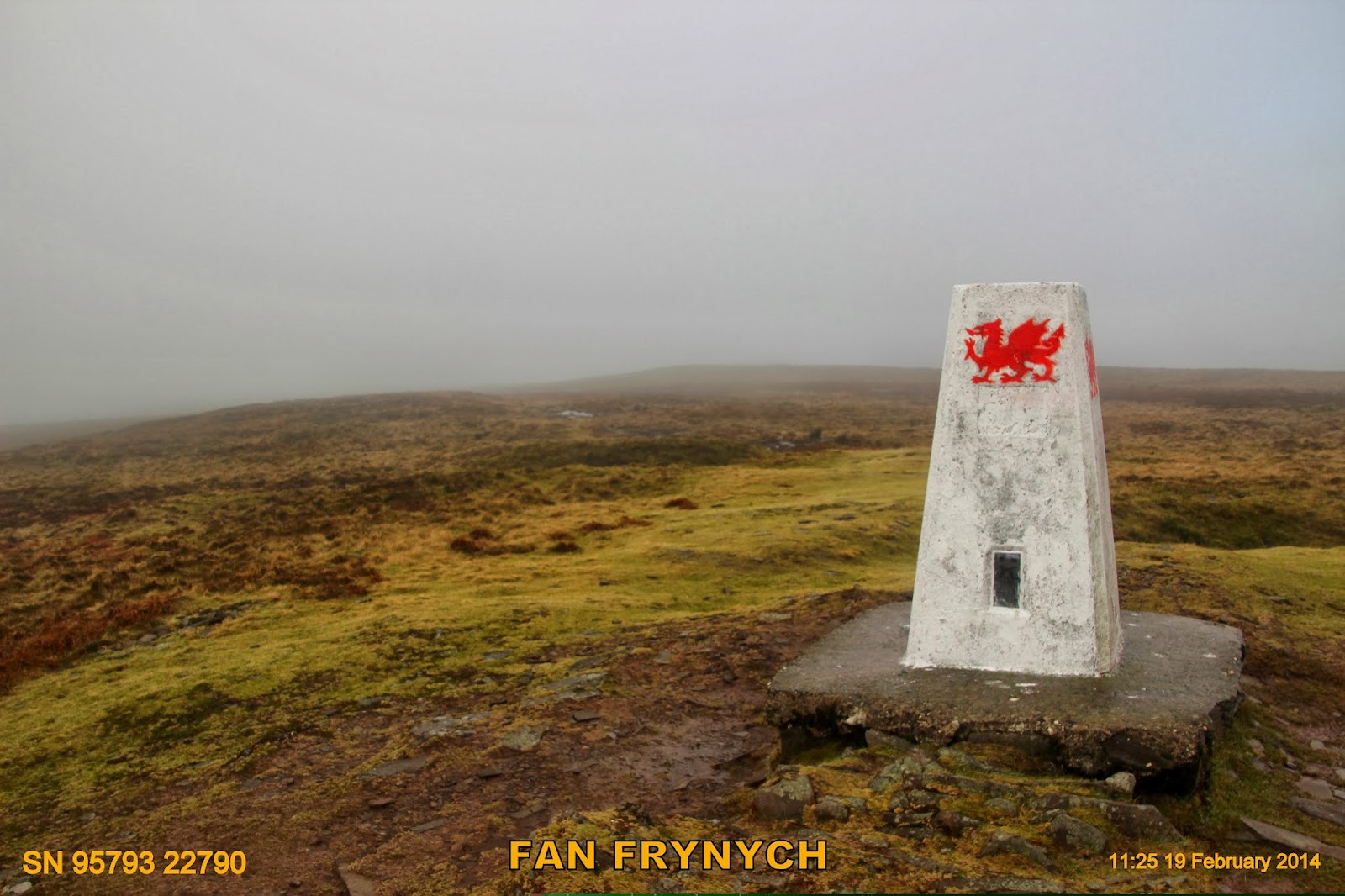