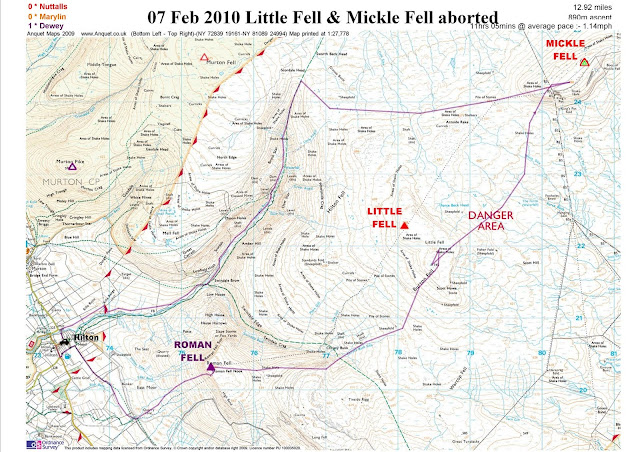 Photographs
No photographs I am afraid but some valuable lessons that with hind sight might seem obvious.

Since writing up this page an excellent website http://www.mountainsafety.co.uk has been produced giving great advice to both novice and experienced hill walkers.. It turns out I did do the right thing by carrying on rather than bivvy up early. So rather than bivvy up early, as suggested in point 4. above, the advise is "..so for as long as one is physically able to walk one step closer to safety, that is what should take place, unless injured."

The full story has been reproduced on the mountain safety web site in the hope that others can learn from my experience, along with comments from "mountain safety" in the context of what was done correctly and what could have been done differently.

I have been meaning to write this walk up for some time. It is fairly lengthy, like they say a picture is worth a thousand words, but of all the walks I have been on so far this was by far the most memorable. I wanted to include as best I could the background to each of the situations I found myself.

I hope I have not over dramatised it,at the end of the day I had put myself in a serious situation. What I want to get across is that I had gathered some experience on many of my earlier walks so was not setting off totally unprepared. Further more the experience sets me in good stead for many of the subsequent walks I have been on. But do not, under any circumstances, set off alone in the fells without any experience. Gain that experience by doing easier walks alone or harder walks with a friend. Also while there is the security of Mountain Rescue, they are only there for people who are injured or incapacitated , not to lead lost walkers off the fells

I had certainly been on an adventure, anticipation of which gives you that buzz and feeling of apprehension whenever you set out in less than perfect conditions. Perversely it is something you relish experiencing, but do not want to get in the position where you actually have that experience. It is also an experience I would not want to repeat but am pleased I had the opportunities to learn some invaluable lessons and acquire the knowledge to not repeat the same mistakes as well as knowing that I am capable of getting myself out of what was a difficult and possibly life threatening situation.
Does that make sense?

Once again here are the comments from "mountain safety" in the context of what was done correctly and what could have been done differently.
Posted by Steve at 20:46